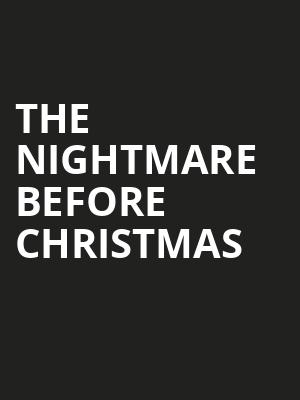 The Nightmare Before Christmas

Experience the classic fusion of Halloween and Christmas!

Why See The Nightmare Before Christmas?

The public's fascination with Tim Burton's iconic 1993 dark fantasy film The Nightmare Before Christmas hasn't faded since its release. In fact, it's become a tradition to watch Jack Skellington's deliciously dark misadventure on both Halloween and Christmas! Don't miss this film screening accompanied by a live orchestral score.

What is The Nightmare Before Christmas About?

Halloweentown's magnanimous Pumpkin King Jack Skellington has become bored of the usual routine of scaring folks on All Hallow's Eve. When the walking skeleton stumbles across the existence of Christmastown, he hatches a plan to kidnap Santa Claus and take over Christmas with the help of his ghouls and beasties. But alas, things don't go to plan...

Sound good to you? Share this page on social media and let your friends know about The Nightmare Before Christmas at Arlene Schnitzer Concert Hall.