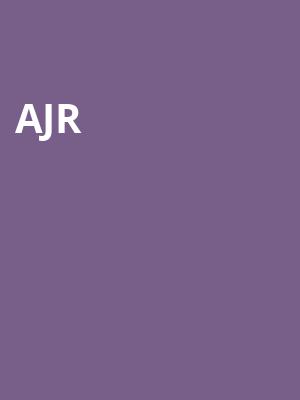 This band of brothers bring you their latest tour!

Independent Indie-Pop band, AJR bring their unique DIY electronic sound to a venue near you this year. Not ones to shy away from hard work, AJR are best known for producing, writing and mixing all their work by themselves, using their living room in their apartment as their studio. Consistently producing top tracks don't miss your chance to these rising stars live on tour!

Formed of three brothers, Adam, Jack and Ryan Brett, AJR have been making music since 2005 where they began by busking in Central and Washington Square Park, covering songs by their influences Simon and Garfunkel, The Beach Boys and Imagine Dragons. After sending their first original song "I'm Ready" to over 80 celebrities AJR were picked up by the CEO of S-Curve Records and released their first single ("I'm Ready") in August 2013.

Traveled from Buffalo to see AJR and the show was simply fantastic. ... more

IT was amazing. the timing, the lights, the encore. it made my year. the... more

Sound good to you? Share this page on social media and let your friends know about AJR at Sunlight Supply Amphitheater.