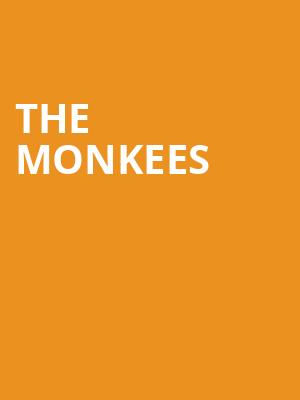 The Monkees hit the road with An Evening With the Monkees.

Why See The Monkees?

spend an evening with the monkees

Celebrating over 50 solid years since the first airing of their TV show in America, The Monkees are back for another tour of the country. The Evening With the Monkees lineup will comprise of the remaining members; Micky Dolenz and Michael Nesmith as they perform a plethora of their greatest hits as well as tracks from their 2016 release Good Times!

The duo will also be releasing a new live album, The Mike and Mickey Show Live which was recorded when the icons performed their The Monkees Present: The Mike Nesmith and Mickey Dolnez Show last March,

Expect to hear mega-hits "I'm a Believer", "Pleasent Valley Sunday" and "Daydream Believer" alongside deep cuts, "Good Clean Fun" and "Tapioca Tundra" and tracks from Good Times! "Me & Magdalena" and "Birth of an Accidental Hipster". Don't miss your chance to see The Monkees live and book your tickets today!

Seen The Monkees? Loved it? Hated it?

Sound good to you? Share this page on social media and let your friends know about The Monkees at Revolution Hall.