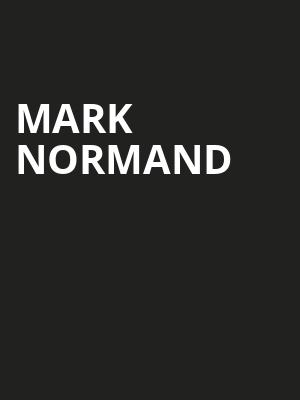 Mark Normand's All Over The Road tour!

All Over The Road Tour!

Stand-up comedian and actor Mark Normand isn't shy when it comes to certain topics, he's become known for his snappy one-liners and unfiltered honesty. This year, you've been invited to witness the expert-craftsman as he takes center stage on his 'All Over The Road' tour! You'll find out why Normand has become a global name and earned himself a place among the great comedians.

Normand began performing at the age of 23 in his hometown New Orleans. Since then, he's found himself on shows including The Tonight Show with Jimmy Fallon, The Late Show with Stephen Colbert and Conan!

Sound good to you? Share this page on social media and let your friends know about Mark Normand at Revolution Hall.