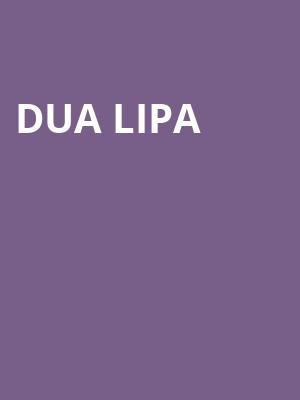 The next pop superstar? Dua Lipa's debut does everything to prove it

First finding notoriety on YouTube for her excellent covers of songs by P!nk and Nelly Furtado and more aged just 14, Dua Lipa is finally hitting the road with her biggest album to date 'Future Nostalgia'. A dark pop sensation, she's edgy and heartfelt with a honeyed voice that injects a sassy style into both ballads and EDM infused bops.

Lipa was recently nominated for five Brit awards, marking her the first female artist in history to be nominated for that many, and bagged herself two of the awards! Her first award announced was the British Female Solo Artist due to her track 'New Rules' storming the charts last year. She then went on to win British Breakthrough Artist and was highly deserving of the award.

Kosovo born and London educated, Dua learned to sing from her father before casting out on her own at 15 to follow her dreams of stardom. Strong, honest and supercool, she's responsible for the floor fillers, Hotter Than Hell, Be The One and New Rules. Don't miss this new pop sensation on the rise!

Dua Lipa crushes SF with an amazing show. I saw her last year at the... more

i saw Dus Open for Bruno Mars. what energy!!! this girl waas born to... more

Sound good to you? Share this page on social media and let your friends know about Dua Lipa at Moda Center.