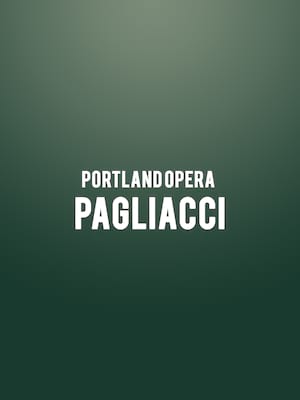 ...an exciting night at the opera

For centuries, the joy and comedy that clowns bring their audiences have often been fused with the dark underbelly of human emotions - despair, revenge, and rage. Ruggero Leoncavallo's operatic masterpiece Pagliacci does just that and is still widely performed thanks to its timeless, story-telling score. Experience its majesty during Portland Opera's latest production, conducted by the ensemble's music director George Manahan and directed by prominent American opera maker Garnett Bruce.

A truly dramatic tale of love and betrayal, Pagliacci revolves around the turbulent relationships between members of a Commedia del Arte troupe. As they perform for a rural Italian village, the lines between their show and their real lives become increasingly blurred, and a whirlwind of comedy and tragedy ensues.

Sound good to you? Share this page on social media and let your friends know about Portland Opera - Pagliacci at Keller Auditorium.