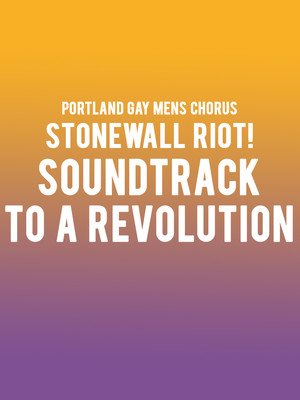 Honoring the 50th anniversary of the Stonewall Riots

The Portland Gay Mens Chorus lay on a special event this Pride month honoring the activists that led the LGBTQ community in a revolution and the musicians that provided the soundtrack to the landmark events of the summer of '69 and the Stonewall Riots.

Expect to hear a smorgasbord of hits that came to define the decade, including songs from The Beatles, Elvis, Marvin Gaye, The Rolling Stones and more as the Portland Gay Men's Chorus explore this inspiring period in the gay rights movement and the legacy it created for the generations that came after.

Sound good to you? Share this page on social media and let your friends know about Portland Gay Mens Chorus - Stonewall Riot! Soundtrack to a Revolution at Keller Auditorium.