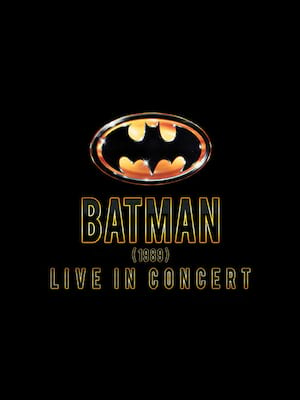 The movie that gave birth to the summer blockbuster remains impressive

Experience Batman With A Live Orchestra

Whilst superhero remakes are a dime a dozen, Tim Burton's Batman remains a cult favorite. Released in 1989 to mass critical acclaim, its return to the titular caped crusader of the comics was met by delighted legions of comic book fans and single-handedly kicked off the superhero movie trend that still dominates the box office today. Experience the film with added orchestral glory during a special live screening, performed by the Oregon Symphony Orchestra.

Tracing the Dark Knight's origins, the story follows multi-millionaire and philanthropist Bruce Wayne, played by Micheal Keaton. After witnessing his parents murder as a young boy, he is driven to fight the crime that cost them their lives, donning a disguise as the Batman. Enter his toughest foe yet, Jack Nicholson's The Joker, who rises to the top of Gotham's criminal underworld and begins a rain of terror that Batman must end whilst keeping his identity, the citizens of the city and his love interest - reporter Vicki Vale (Kim Bassinger) - safe.

Sound good to you? Share this page on social media and let your friends know about Oregon Symphony - Batman in Concert at Arlene Schnitzer Concert Hall.