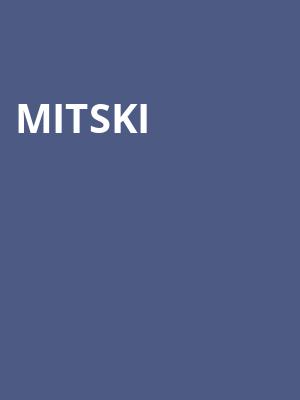 Working for the Knife

Singer-songwriter Mitski is back after a four-year hiatus! Last seen on tour in 2018 with her 'Be the Cowboy' album, Mitski is finally back with brand new music - including the single 'Working for the Knife'. Experimenting with everything from alt country to pulsating synth pop, Mitski is at home in any genre she tries her hand at!

Mitski made he breakthrough from underground secret to rock music darling with 2016's Puberty 2, an emotionally-wrenching, gorgeously-produced album that dove into feeling of alienation and racial differences against a backdrop of fuzzed out guitars. There's a reason Iggy Pop called her "probably the most advance American songwriter I know."

Seen Mitski? Loved it? Hated it?

Sound good to you? Share this page on social media and let your friends know about Mitski at Arlene Schnitzer Concert Hall.