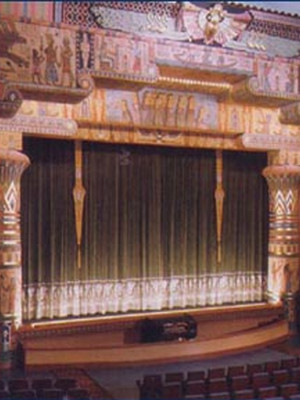 You can catch David Sedaris at Egyptian Theatre in Boise, showing May 5, 2023

David Sedaris is also touring to:

The writing is sublime but his delivery provides its absolute potential. Nobody can read a piece of writing quite like the person who committed it to the page and with Sedaris, it seems effortless.

Known for pulling at the threads of familiarity, Sedaris specializes in poignant comedy that is often mined from his unconventional childhood in North Carolina, his wildly varying stream of jobs, and his move to France with his partner. Never afraid to reveal personal anecdotes to audiences, his 2018 book, Calypso was a darkly comic collection of semi-autobiographical essays. A Grammy Award-nominated humorist, writer, comedian, bestselling author, and radio contributor, his laconic wit and delivery have ensured his place as one of America's best observant comedians and keenest students of the human condition.

His comic debut came about in 1992 when he recounted his strange-but-true experiences of being a Macy's holiday elf in his piece, "Santaland Diaries" on NPR's Morning Edition. A regular contributor to BBC radio, his reminiscent stories about his childhood that features his sister Amy (Sedaris), strikes a chord with many of his listeners. He and Amy are also frequent collaborators in creating stage shows, under their joint company, "The Talent Family".

David is a Treasure of Real. Satirist, Comedian, Brilliant, on and on. Twists... more

David Hartman: “When does the venue damage the performance?”

Last evening, we sat in the 4th floor balcony to see a dot on the stage... more

Sound good to you? Share this page on social media and let your friends know about David Sedaris at Arlene Schnitzer Concert Hall.