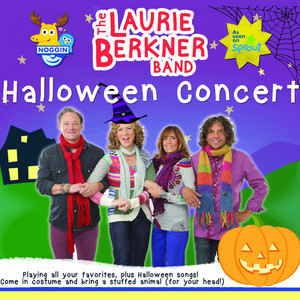 Trick or treat! Celebrate Halloween with The Laurie Berkner Band.

It's Going To Be Spooktacular!

Grab your spookiest costumes, and get ready to celebrate halloween with critically acclaimed musician, and author Laurie Berkner and The Laurie Berkner Band! Featuring hits 'We Are The Dinosaurs', and 'Pig On Her Head', alongside Halloween jams! There's no doubt this event is going to be spooktacular, so make sure you don't miss out!

Over the course of the past two decades, Laurie Berkner has become a much-loved children's entertainer across the country. Hailed as the Queen of children's music, Berkner has released twelve best-selling, award-winning albums and we expect many more are still to come!

Sound good to you? Share this page on social media and let your friends know about Laurie Berkner at Aladdin Theatre.